At the end of February, Northwest MLS representatives expressed optimism for the housing market as pandemic-restrictions eased, but also uncertainty due to the global economic crisis around Russia’s invasion of Ukraine. Here’s what happened in the Walla Walla Valley.

Prices continued an upward trend. Pent-up buyer demand and too few listings continued to drive prices higher. However, as we move further into the year, the seasonal increase in listings, coupled with rising interest rates are expected to slow price growth. Historically, listings bump higher in March/April, and then again in May/June. 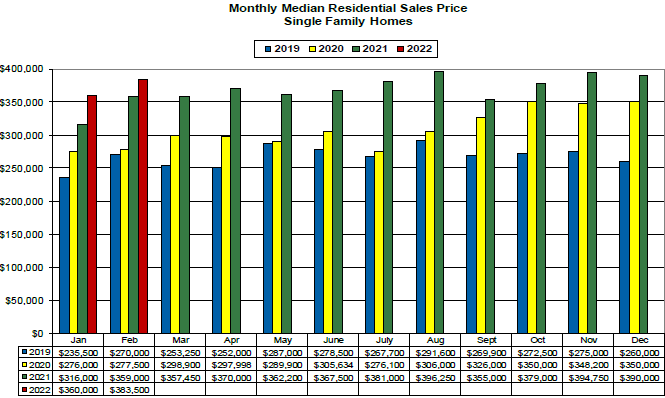 Listings declined by 18% from the previous month but ended 14% above the number of homes listed for sale a year ago.

Closed home sales declined 7% from the previous month, and ended 3% below the number of homes that closed last February.