We are technically still in a seller’s market but it is becoming a more favorable market for buyers in the Walla Walla Valley. Here’s what happened in September:

Closing numbers were good but off last year’s pace.

Through the first three quarters of the year closed home sales are 12% off the record-setting pace of 2021. However, compared to 2018 and 2019, the Valley is experiencing an active market. Buyer demand remains strong despite rising interest rates and inflation.

Inventory was slightly ahead of a year ago. The number of homes listed for sale was up 3% compared to September last year. The west side of our state has nearly doubled the number of listings compared to a year ago and although we are not there yet, we expect a continued increase in inventory.

Prices experienced double-digit growth compared to last September. While price growth has slowed for most of Washington state, Walla Walla was one of 5 counties that still experienced double-digit growth compared to a year ago. Looking forward, Walla Walla’s price growth is expected to become more steady as inventory increases. 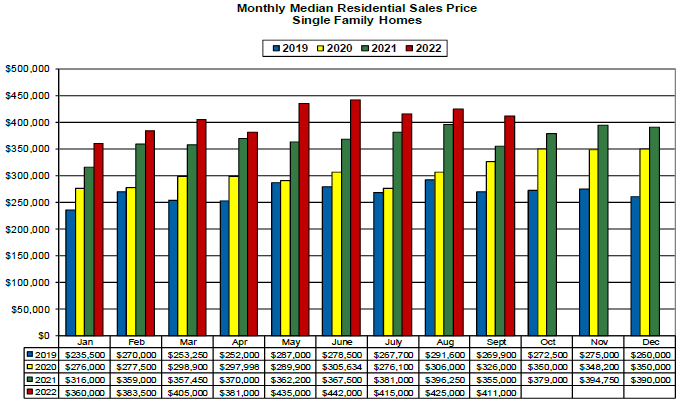 The month’s listings increased more than 5% over August and were up 3% over the number of listings in September 2021.

Closed home sales increased 3% over the previous month and ended 3% above the number of closings in September of last year.