Sales and price growth are slowing in the Walla Walla Valley but we are still experiencing a seller’s market.  Here’s what happened in August:

The Seller’s Market Continued. Listing inventory remained well below the 4-6 months range that economists consider being a balanced market. But inventory continued to experience year-over-year growth. There was 1.69 months of inventory in August compared to just 1.15 months of inventory a year ago.

Sales fell further off last year’s pace.  Strong demand for housing in the Walla Walla Valley continued. But rising interest rates are making an impact on the number of home sales. At month end, year-to-date closings were 13% below the number of closings that occurred last year during the same period.

Price growth slowed. The rise in listings has caused prices to soften and more sellers are reducing their list prices than did a year ago. Yet prices are still experiencing annual gains. August’s median sales price was 7% higher than August of last year. This was down from the annual price growth of 20% that was occurring last year. 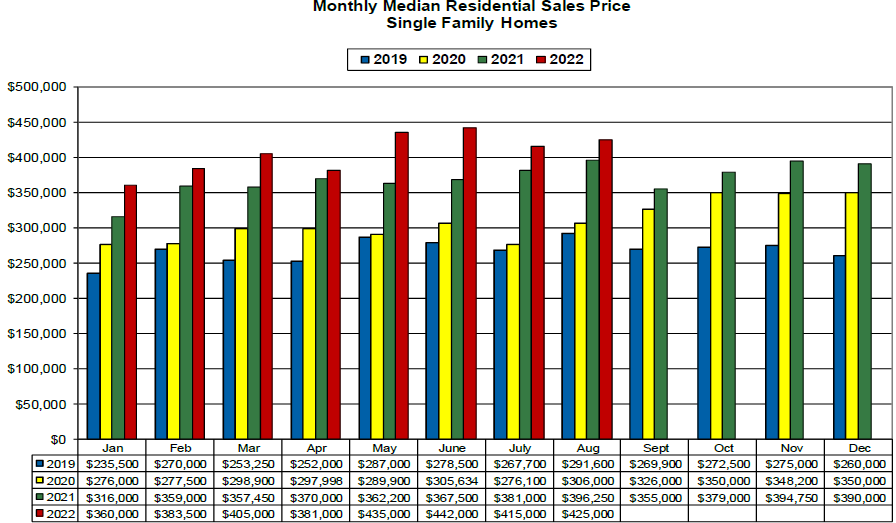 The number of homes listed for sale declined slightly from the previous month but was 2% higher than in August of last year.

Home closings were down just 1.7% from the previous month but ended 32% below the number of homes that closed in August of last year.